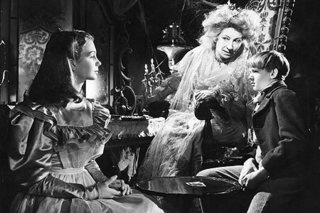 Some people — not that many anymore, but some — are fascinated by the Bachelors Cotillon, what it means, and how the girls who are invited are selected. Almighty Lou has a lot to say about who she thinks is “good enough” to be a debutante. Even though she herself is rich, she doesn’t place much emphasis on money. No, this is Baltimore, where family and background are every thing. Anybody can get money. Connections are helpful, and, if necessary, blackmail works too.

Even if you are poor(ish), you can be a debutante if you come from an old Baltimore family and go to one of the private schools. Wallis Warfield Simpson, the famous Baltimore debutante who married the King of England and became the Duchess of Windsor, had so little money she had to wear homemade dresses sewn by her aunt, but she was a Warfield, and that was good enough.

This system is breaking down now, in the 21st century. Outside of Baltimore (especially in “vulgar” New York), money means every thing, and that value system has infiltrated our provincial little city. Also, what’s family? The so-called “old families” are pretty watered down at this point. Society is a lot more fluid and in some ways more democratic.

But not the Cotillon. It is sticking to the old ways for as long as it can. Why would anybody care about all this? Plenty of people don’t. But I know why Almighty cares. One reason anyway. She can use things like the Cotillon to control people. And the person she wants to get to the most? Mamie Overbeck.

Here’s my theory: Almighty still hasn’t forgiven Mame for stealing Junius from her in 1947. She’s been harboring that grudge for all these years, cultivating it and watching it grow. . . . And when she saw her granddaughter, Norrie, and Mame’s grandson, Brooks, playing together as children, she got an idea.

If you read Great Expectations or saw one of the movie versions, you might remember Miss Havisham. As a young woman she was ditched at the altar, and now she hates men. She adopts a beautiful girl named Estella and raises her to be coldhearted. Then, as an experiment, she invites a poor young boy named Pip to play with Estella. Miss Havisham knows that Pip will fall in love with Estella and that she will break his heart. Which is pretty much what happens. Miss Havisham has raised Estella to be her revenge against men.

I think Almighty is pulling a Miss Havisham — using Norrie. She knows Brooks likes Norrie, and she is forcing them to go to the Cotillon — the scene of Almighty’s own humiliation — together. But she also knows — everybody knows — that Norrie has fallen in love with someone else. So she is bound to break Brooks’s heart. But still Almighty insists they go to the Cotillon together.

Mame loves her grandson Brooks and doesn’t want to see him hurt. Almighty can hurt her through Brooks, using Norrie. It’s diabolical.

And that is my theory.

is this real or is this all for the book. i just finished the book today. it was a good book.

@Mikayla - I think this is just an extended content for the book. lolol for people like you and me, we're curious. hahah It's pretty funny though, that Natalie Standiford made an actual website. ;D I love the book too!

It would be awesome if "Jane Sullivane" replied back to our comment.

Sorry it took me so long to respond! Sometimes I don't realize there's a new comment on the blog. And sometimes I don't know what to say. So I'll just say thank you for reading my blog and you seem cool.

Are there Norrie, Almighty and Brooks in the picture! I like it!

Your hypothesis is amazing! I read Great Expectations and this- EXPLAINS EVERYTHING. You're brilliant, Jane!

IS this written for the book, I'm so confused? I love the book so far and just HAD to look the websites up.